Catherine Haddad Staller (USA) was stationed in Germany from 1993 to 2012 where she represented the United States in competitions throughout Europe at both national and international levels. She achieved numerous results from materials level through Grand Prix on various mounts. With Maximus JSS, Cadillac and Winyamaro, she accumulated over 120 top ten placings and wins at Grand Prix.

In 2006, Haddad Staller was alternate for the US Dressage Team in Aachen at the World Equestrian Games. In 2007 she qualified as an American dressage rider in the Western European League for the World Cup. With Maximus JSS, she finished seventh at the 2007 FEI World Cup Finals in Las Vegas.

In 2009, Haddad Staller won 9 Grand Prix with Cadillac and Winyamaro in European competitions. In 2010, she was Reserve for the US Dressage Team for the World Equestrian Games in Kentucky and won the CDI-W at Dressage at Devon which helped her achieve a nomination to the FEI World Cup Final in April of 2011. Winyamaro and Cadillac went on to win two tests in the USA at the Saugerties CDI-W/CDI3* in New York, September 2011.

Haddad Staller returned to the USA in 2012 and now runs training facilities in Califon, New Jersey and Wellington, Florida.

Her current Grand Prix horse, Mane Stream Hotmail placed in the top ten at numerous international competitions both in the USA and abroad in his first year of Grand Prix.

Haddad received a B.A. from James Madison College at Michigan State University in 1987 and graduated with Honors. She is a recipient of the BHSAI certificate from the British Horse Society and has been awarded with the German Gold Medal for Dressage and the USDF Gold Medal. She credits Willi Schultheis, Rudolf Zeilinger and Morten Thomsen 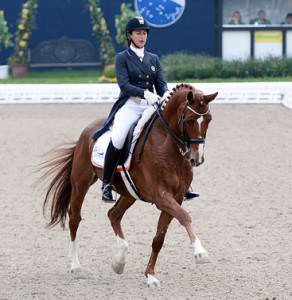 for her dressage education.

We would like to introduce you to a very important member of the Emerald Valley Natural Health family, Dr. Tom Shurlock.
Dr. Tom, as he likes to be called, started working for British Horse Feeds in 1997. Armed with a BSc in Agricultural Biochemistry & Nutrition and also a PhD in Animal Physiology & Nutrition, it was very clear from the get go researching new developments in horse nutrition (and natural horse supplements) are Tom’s passion.
Read More!

Disclaimer: This information is presented for informational purposes only and is not intended as an endorsement of product. Emerald Valley is not intended to be a substitute for your appointments for veterinary care, either for regular annual exams, dental checkups or necessary treatments when your animal has health problems.

Instead, Emerald Valley offers the animal owner information about animal health care and natural, top quality products that can have dramatic results without the use of drugs, chemicals, harsh pesticides or low-grade ingredients.